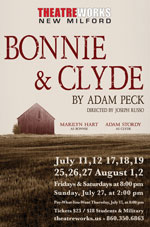 Based on the true story, Bonnie & Clyde is an intimate re-telling of the final hours of two young people who stopped at nothing to realize their American dreams. Crossing the border of an unnamed state in a stolen Ford V-8 with a trunk of sawn-off shotguns and bootleg whiskey, Bonnie and Clyde have found one last place to hide. Time is ticking – they're on the run from the law and from reality, but which one will catch them first? With humor, desperation, and tenderness, these legendary outlaws are made human again, resolving their issues and getting their affairs in order. This critically-acclaimed play makes its East Coast premiere 80 years after the couple's final days. 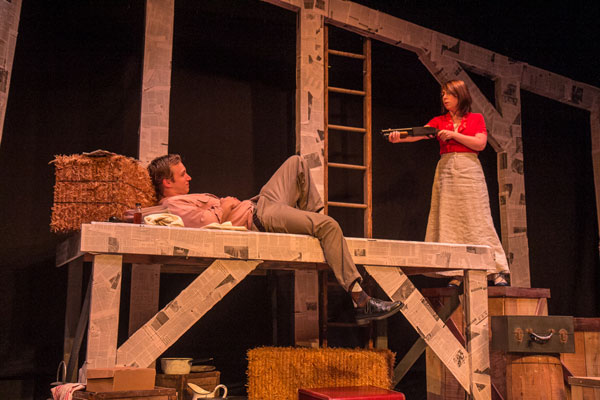 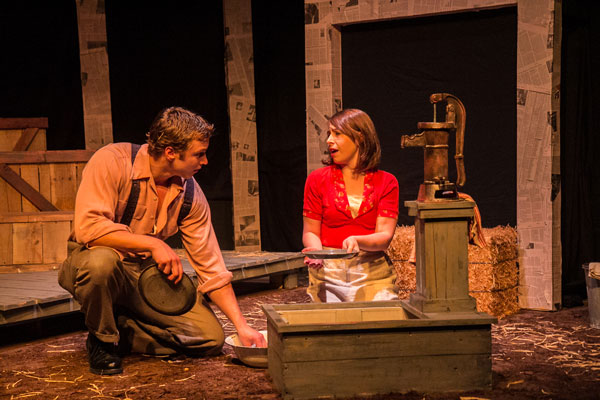 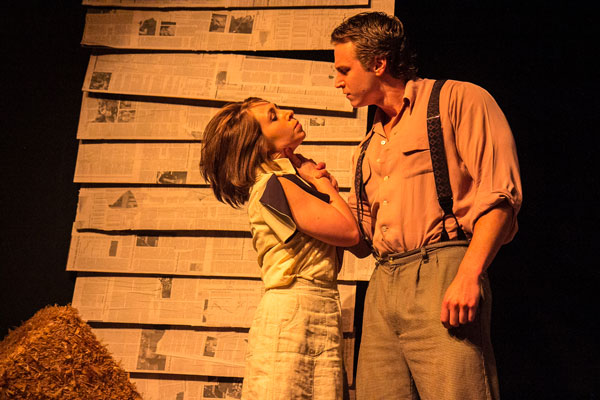 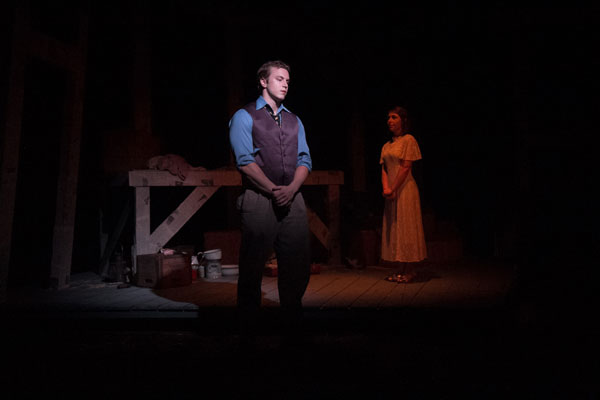 The Intimate Side of Bonnie & Clyde

Theater Review — Bad People Worth Catching In A Good Play: 'Bonnie And Clyde' A Strong Production