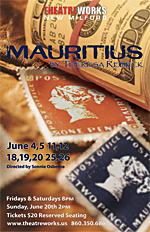 The stakes are high when half-sisters inherit a book of rare stamps that may include the "crown jewels" of the stamp-collecting world and could be worth millions. The battle for possession takes a dangerous turn when three rival collectors enter the sisters' universe, willing to go to any lengths to stake their claim on the find. Combining the most thrilling aspects of Alfred Hitchcock, Raymond Chandler, and David Mamet, Mauritius is a gripping blend of sharp comedy and heart-pounding drama that simmers with constant surprise. "The sort of well-made, engrossing and unpretentious play rarely encountered on Broadway these days, Mauritius is a welcome introduction..." - The Hollywood Reporter 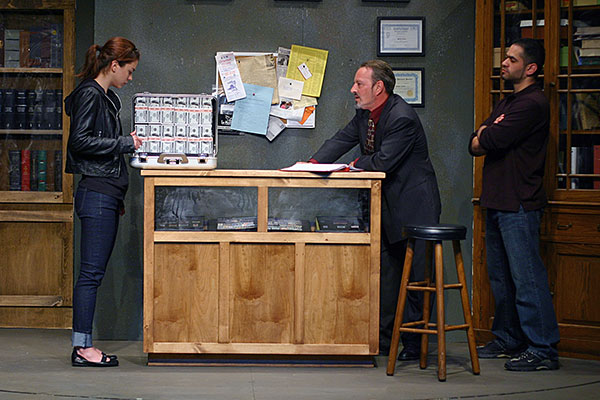 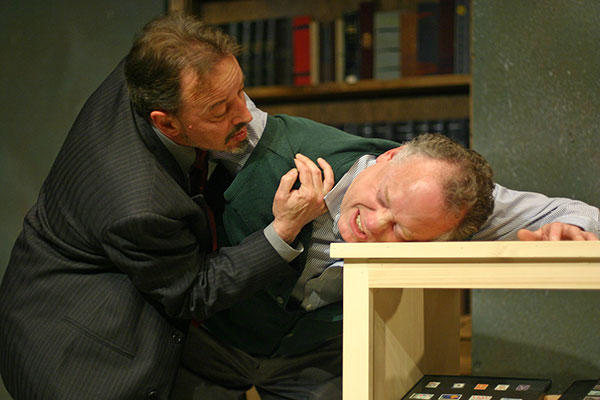 Clever use of deception delivers genuine entertainment in ‘Mauritius’

TheatreWorks Has a Hit With Noirish ‘Mauritius’

Delight for philatelists at TheatreWorks

Getting down and dirty over stamps: ‘Mauritius’