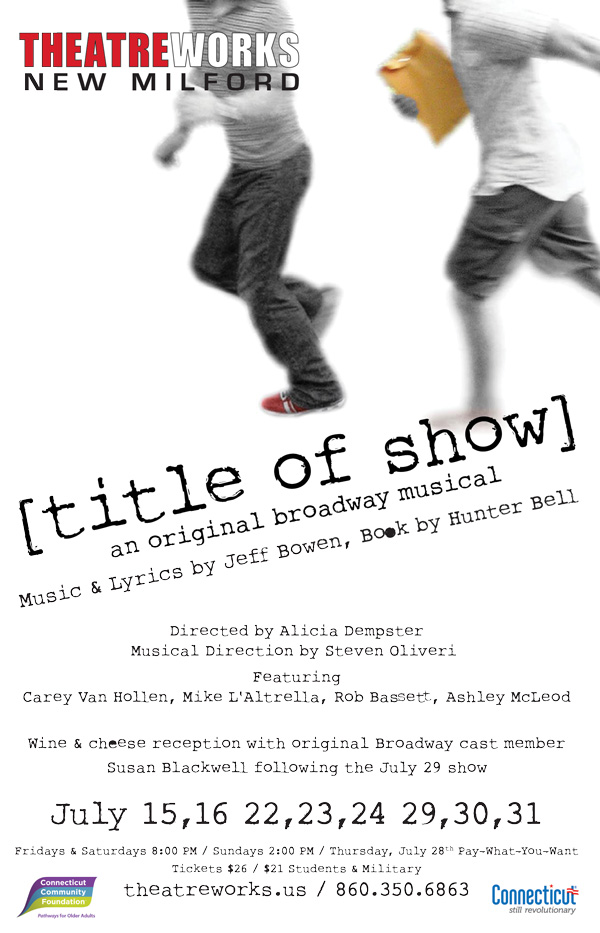 [title of show] is a unique musical comedy centering on two struggling writers who decide to enter a new musical theatre festival. The problem is they have no ideas and the submission deadline is just three weeks away. After enlisting three friends to help them, the big idea finally comes to light: they'll write a musical about the unnerving, hectic, and joyous process of writing a musical. Filled with lots of laughs and lots of heart, [title of show] received a Tony Award nomination for Best Book of a Musical in 2009. [title of show] is presented through special arrangement with R&H Theatricals: www.rnh.com. Contains strong language and adult situations. 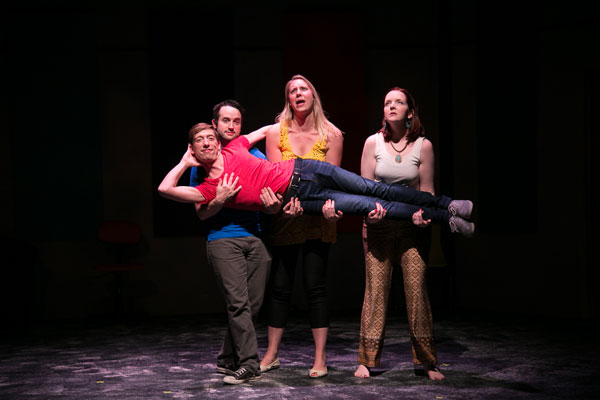 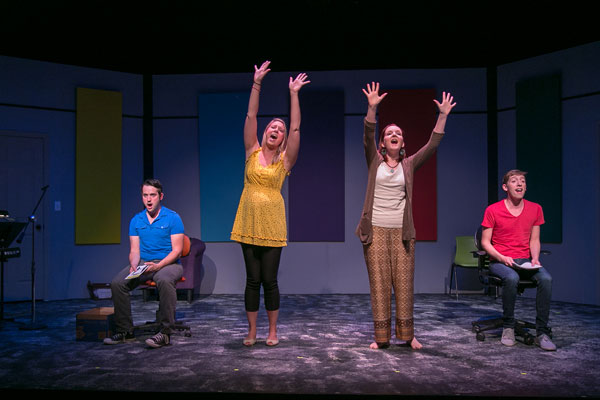 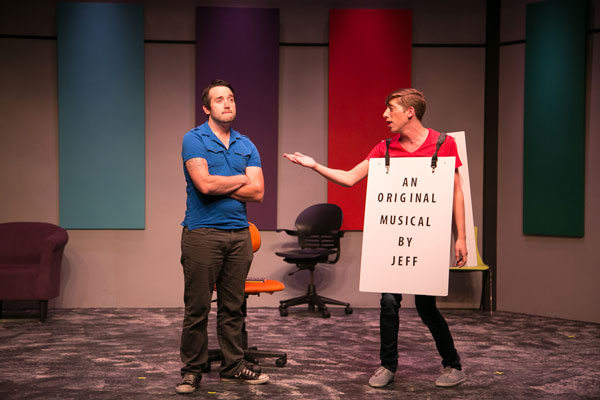 "A Musical That Will Lift Your Spirits"