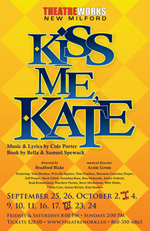 With William Shakespeare's classic The Taming of the Shrew as its foundation and Music & Lyrics by the immortal Cole Porter, this classic Broadway musical will put a spring in your step. Big-time actors Lilli Vanessi and Fred Graham are formerly-married, constantly battling, and now forced to reunite for a new musical version of...what else? The Taming of the Shrew! Their onstage tussles as Shakespeare's Katherine and Petruchio are nothing compared to their offstage affairs, backstage brawls, and hilarious misunderstandings. As time goes by the couple realizes, much like the characters in the original play, that they are hopelessly bound to each other. The enduring Tony Award-winning score includes hits such as Another Op'nin, Another Show, Why Can't You Behave?, and Brush Up Your Shakespeare. 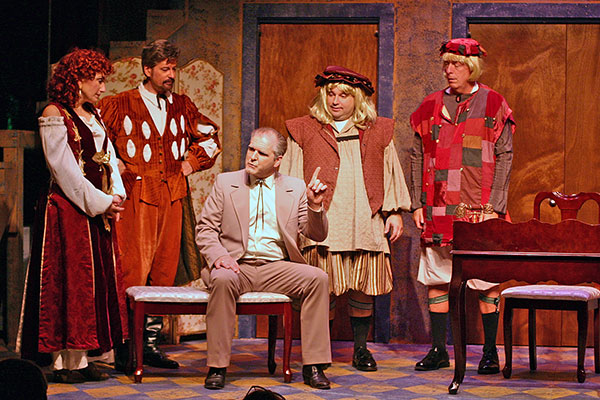 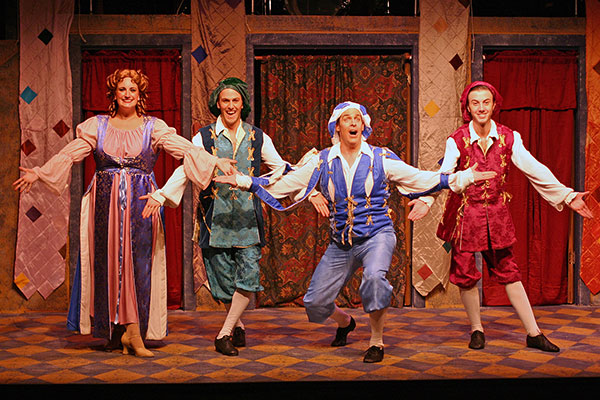 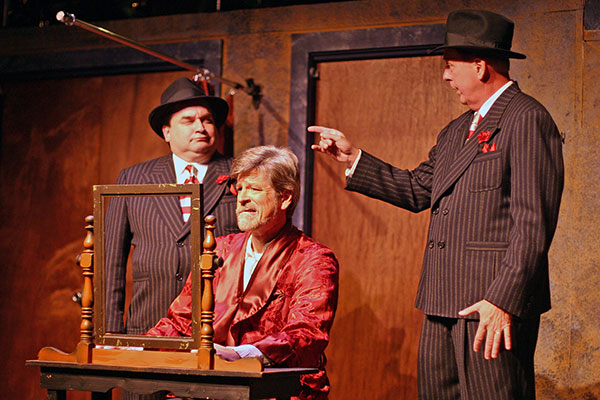 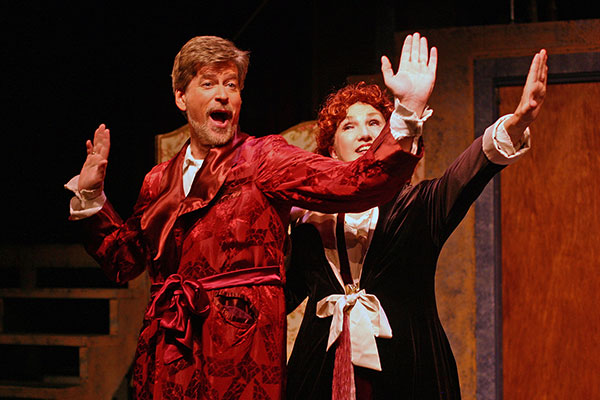 Directed and Choreographed by Bradford Blake

'Kate' at TheatreWorks in New Milford

The Thugs Steal the Show in New Milford' "Kiss Me Kate"