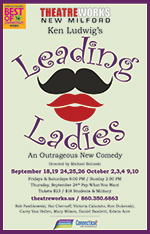 From the author of Lend Me a Tenor and Moon Over Buffalo comes LEADING LADIES, an outrageous new comedy. Jack and Leo are two English Shakespearean actors who are so down on their luck, they are reduced to performing "Scenes from Shakespeare" on the Moose Lodge circuit in the Amish country of Pennsylvania. But when they hear that an old lady in York, PA is about to die and leave her fortune to her two long lost English nephews, they resolve to pass themselves off as her beloved relatives and get the cash. The trouble is, when they get to York, they find out that the relatives aren't nephews, but nieces and, in the tradition of any Ken Ludwig farce, absolute hilarity ensues. 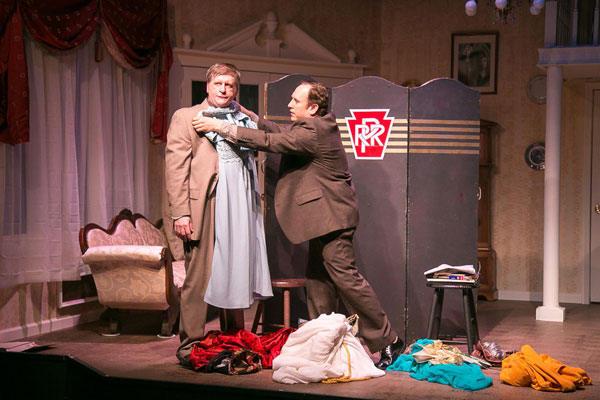 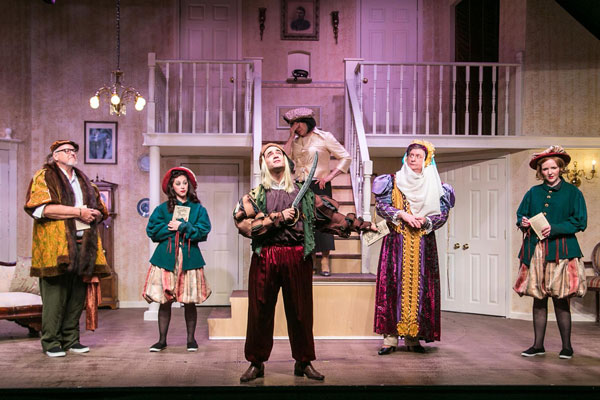 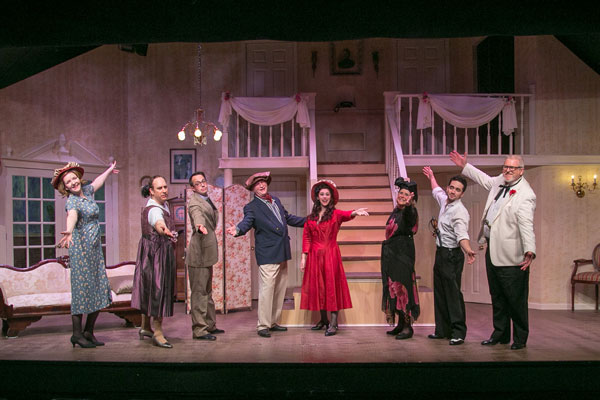 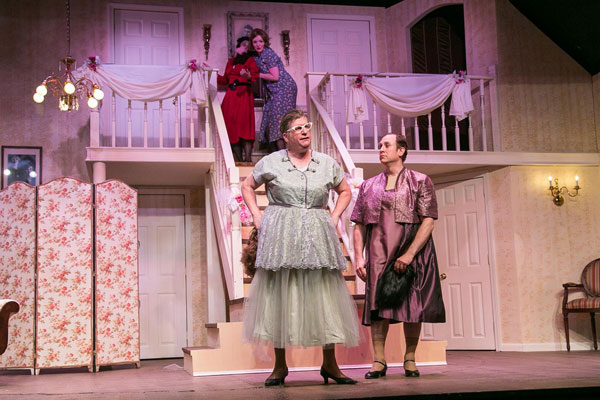 These ‘Leading Ladies’ are no ladies

Theater Review: A Vortex Of Action At TheatreWorks New Milford