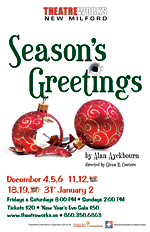 It's just a typical English Christmas at Belinda and Neville's quaint country home...or is it? Neville has, once again, forgotten to buy his wife a gift. Uncle Harvey is glued to the TV watching a non-stop marathon of action films. Neville's friend Eddie and his wife Patti are practically at each others throats. Dr. Bernard is involved in an unintentionally hysterical rehearsal of his annual "gift" for the children - a sixteen-scene puppet show of The Three Little Pigs, while his wife Phyllis slowly gets sloshed on the cooking wine. All sounds pretty normal until Belinda's sister Rachel invites Clive to the home - a writer friend no one in the family knows - and then things really start to go awry. This uproarious and universal tale of Holiday dysfunctionality was penned by renowned playwright Alan Ayckbourn, often referred to as "The British Neil Simon." 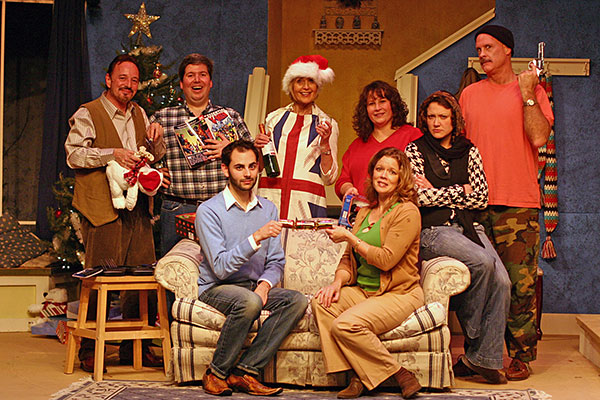 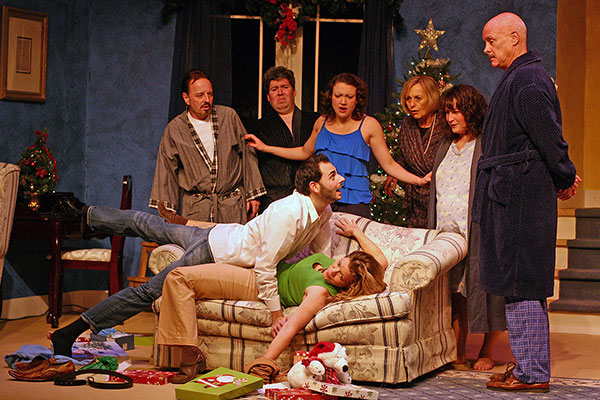 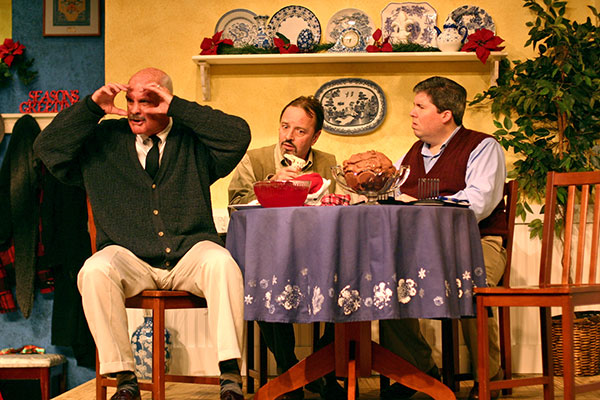 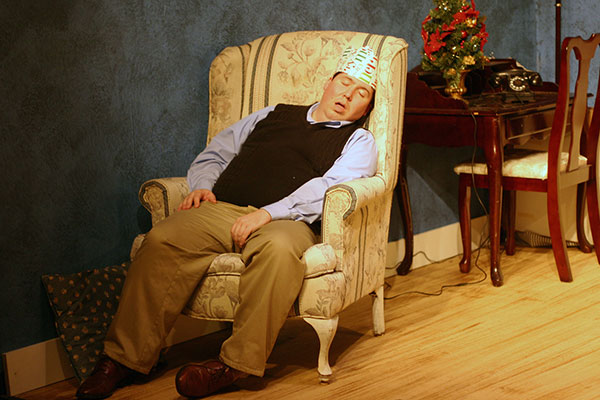 Rolling in the Aisles with Ayckbourn: Season’s Greetings at New Milford’s TheatreWorks